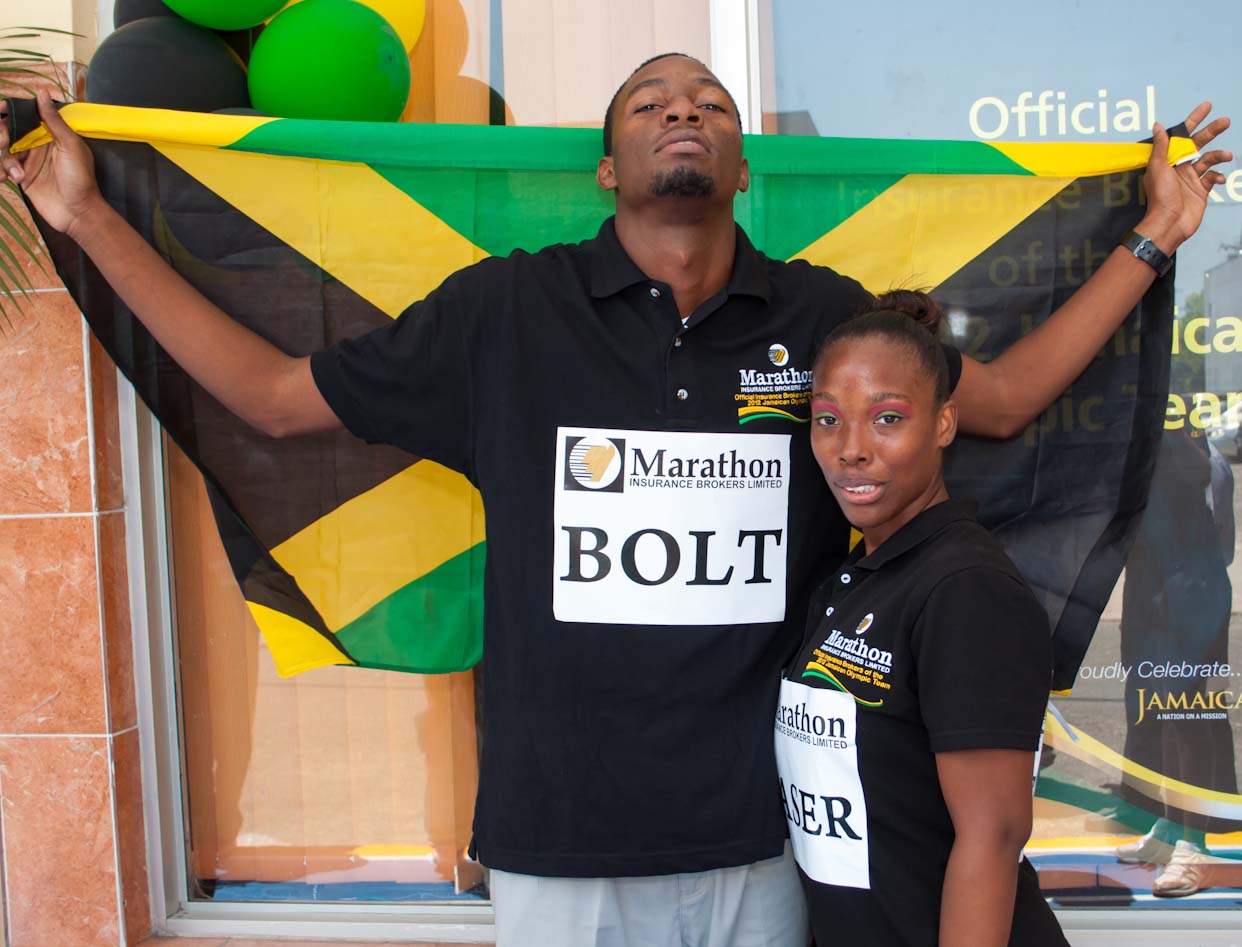 ‘Usain Bolt’ and ‘Shelly-Ann Fraser-Pryce’ have taken gold in the 100 metres. – Click here for Gleaner Article

Well, the real Jamaican duo haven’t set foot on the Olympic track in London but their look-alikes, Christopher Vassell, and Kimberly Walker, did take the top honours in the short sprint at Marathon Insurance Brokers’ first-ever Sidewalk Olympics yesterday.

The sidewalk of the company’s Trinidad Terrace, New Kingston, headquarters were painted blue (just like the National Stadium track) with five lanes drawn up for the 100 metres (well maybe more like 40 metres, but you get the idea). Marathon was in celebration mood, happy that it is the official insurance broker for the 2012 Jamaican Olympic team.

Curious motorists and pedestrians, already trying to traverse the busy New Kingston midday traffic, were slowed even more as they strained to catch a glimpse of what was really taking place. Pretty soon, the smart phones came out, recording, taking photos and tweeting the action as interest and excitement grew.

As warm-up races, Marathon staff showed their dexterity in lime and spoon before the real sprints began. This was no joke business. There were two heats of four participants for both the men’s and women’s races, the top two going through to the finals, where they were joined by the ‘special guests’ Bolt and Fraser-Pryce, who were given byes to the final.

Limbering up done, Marathon gave everything to get to the grand finale. Of course, the International Olympic Committee and the IAAF might have a few questions about the adherence to the false-start rule, but no one was really taking notice.

The men’s final was a no-contest, Vassell dispatching his competitors like the real Bolt might. There was some controversy in the women’s race though, as Fraser-Pryce was not first past the line, but eventually declared winner. But meet officials were satisfied. Guests left hoping the finishes would be similar in a few days’ time.