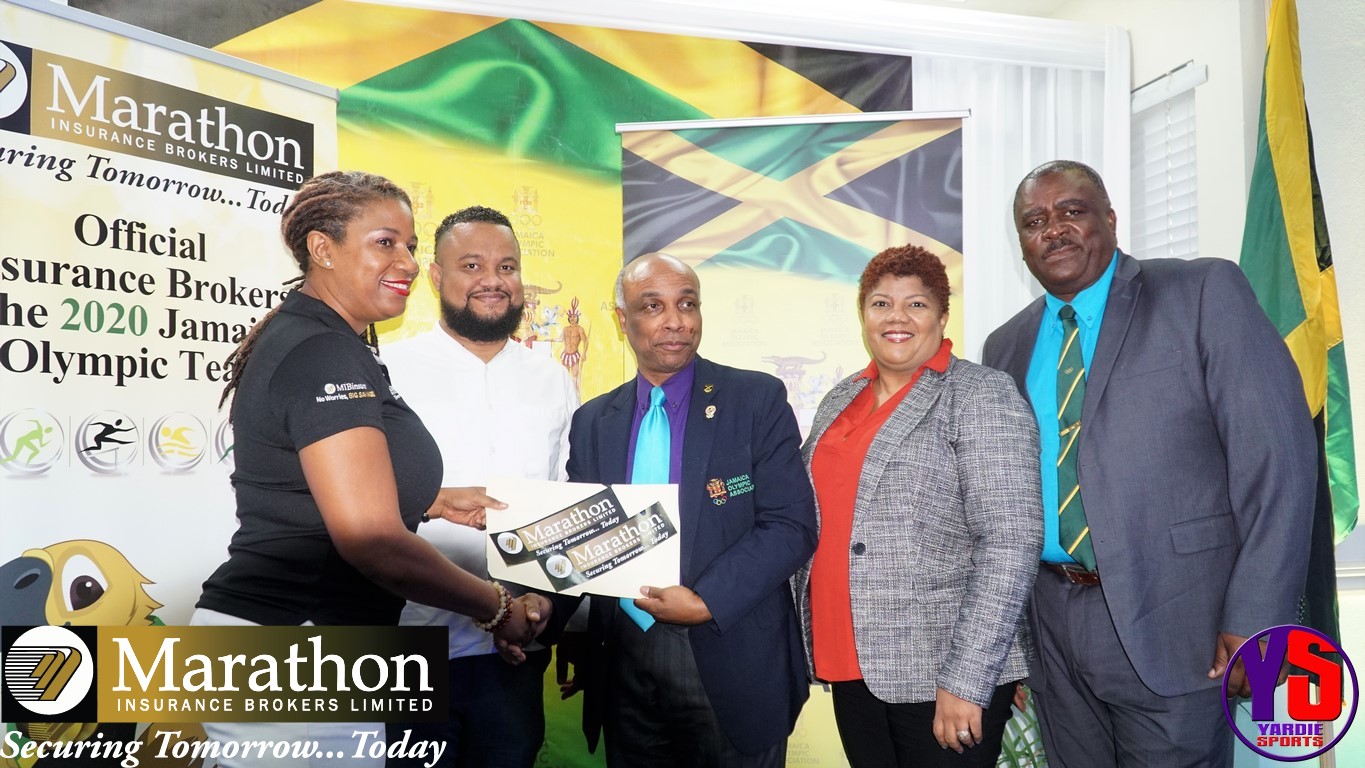 Jamaica’s athletes competing at the 2020 Olympic Games in Tokyo, Japan will be provided with insurance coverage from Marathon Insurance Brokers who are partnering with the Jamaica Olympic Association (JOA) to provide coverage before, during and after the Games.

The partnership, the JOA says, is further evidence of its commitment to building solid corporate partnerships in the interest of the country’s athletes and administrators, the primary assets of sports development.

“This specific partnership is borne out of the JOA’s and Marathon’s recognition of the need to further minimise the personal and financial risk to which our athletes and administrators are exposed,” said JOA CEO Ryan Foster, who revealed that the coverage will be for twice the amount agreed upon for Rio 2016.

“One way of doing this is through increased insurance coverage. As such, we agitated for an increase over previous agreements. Insurance coverage for each was a very expensive cause for the JOA, so we are extremely grateful that Marathon has come on board to provide this very needy service within the partnership outlined”.

Keisha Burgher, Executive Director at Marathon Insurance said the partnership is in keeping with her company’s commitment to the development of sports in Jamaica and their continuous contribution to various sporting events over the years.

The 202) Olympic Games is the third Olympics for which Marathon has provided 100 per cent insurance coverage for the Jamaican contingent, she noted.

The deal, worth $J1.5 million, was announced on Monday, November 4, 2019, at Olympic Manor, the JOA’s headquarters.

“The coverage has been specially designed to begin at the pre-Games training camp, during the Games and up to two weeks after the close of the Games, until everyone has returned to Jamaica,” Burgher said.

“Some of the benefits under the insurance cover include medical expenses associated with illness, or accident; loss of baggage, as well as coverage for the medical equipment carried by the team doctors and medical staff to and from Tokyo.”